Repeated coral bleaching events due to global climate change are permanently altering the diversity and structure of marine fish communities, according to a long-term study in the Seychelles.

An 18-year study revealed that repeated episodes of severe coral bleaching are permanently changing the diversity and structure of the marine communities they support. An international team of researchers discovered that coral reef fish communities in the Seychelles did not return to the levels of species richness that existed before bleaching despite a 16-year recovery period (1998–2014) between two climate‐driven mass coral bleaching events (1998, 2016). Instead, the scientists found that after a bleaching event, coral reef communities were dominated by herbivores, with few small fishes and even fewer large fishes present. The researchers confirmed that these patterns extend to species that provide important ecosystem services, such as fisheries.

“Coral reefs aren’t doomed, but they will certainly look very different to how they did 10-20 years ago. Coral bleaching from heat stress is probably the main threat to the existence of coral reefs, and our study suggests that even just one major bleaching event can change the diversity and composition of fish communities.” 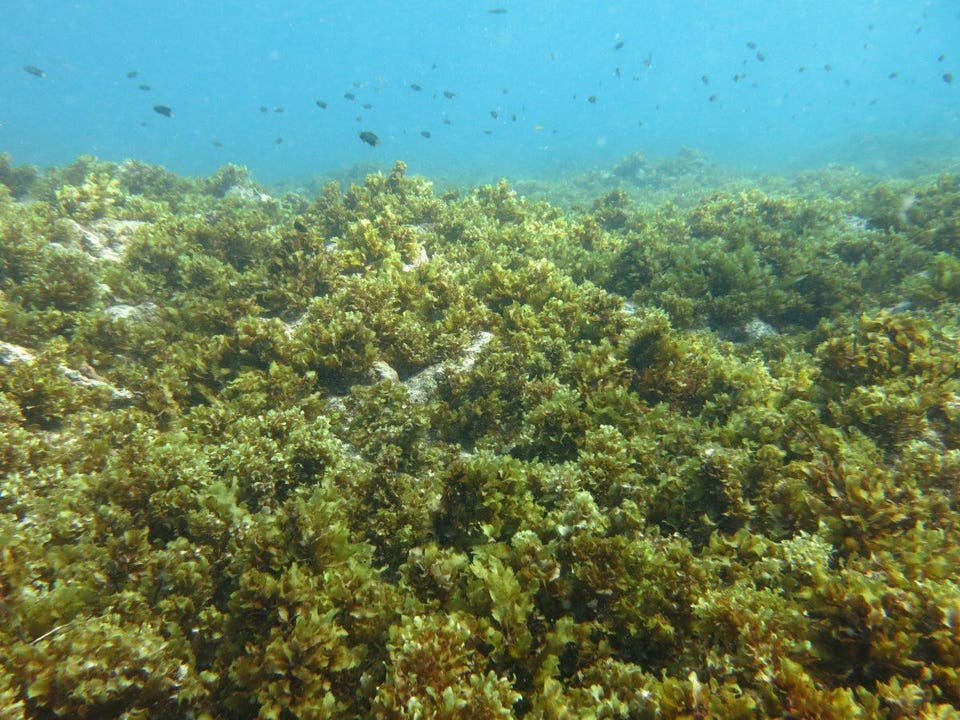 Changes in fish populations were most obvious in coral reefs that became engulfed in forests of seaweed — but all bleached coral reef communities showed signs of damage. The data revealed substantial changes in the composition and diversity of fishes: herbivorous fishes dominated virtually all of the coral reefs, even those that were not transformed into seaweed forests (Figure 4). 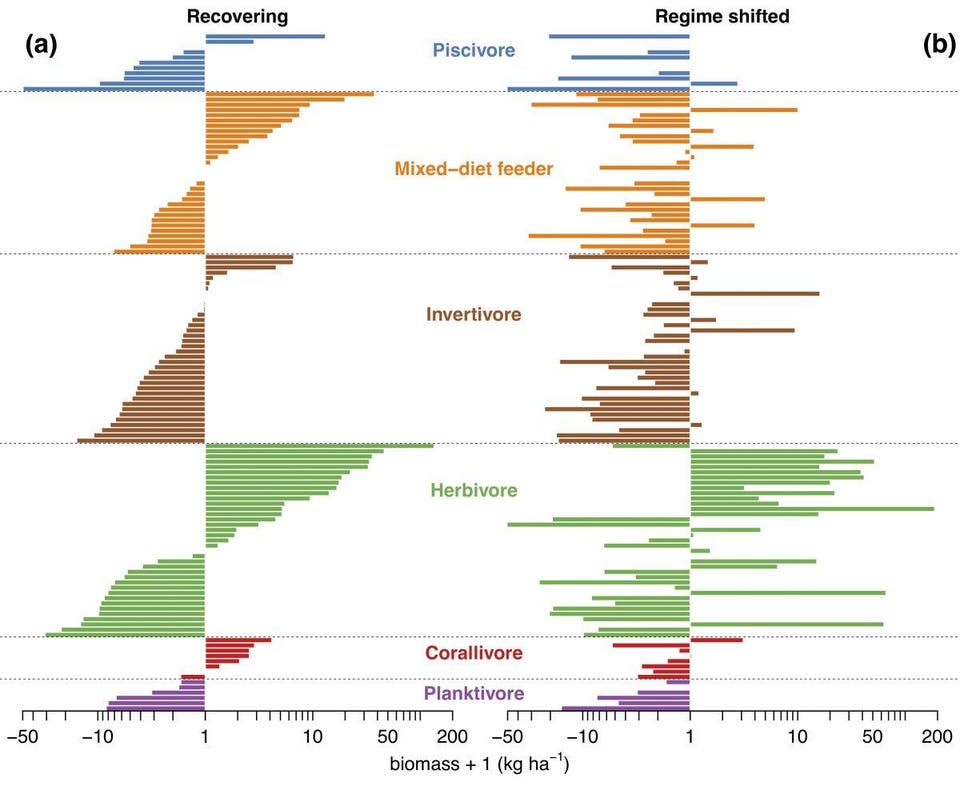 Further, although some coral reefs appeared to recover following a bleaching event, the original composition of their fish species did not return.

“We found that fish didn’t recover towards their pre-bleaching levels, which suggests that bleaching impacts on reef fishes can be persistent,” Dr. Robinson said in email.

Before a bleaching event, a coral reef community is comprised of greater numbers of large predatory fishes, such as snappers and groupers, and a large number of very small fishes, such as damselfish and butterflyfish, but after bleaching, a new community of fishes emerged, dominated by algal-feeding parrotfish and rabbitfish and invertebrate-feeding fishes, such as emperors and wrasses.

“On a more positive note — we didn’t record species extinctions, just changes in species abundances. So these reefs continue to support fish life, and this is actually very promising,” Dr. Robinson pointed out, adding that he and a team of collaborators published a study earlier this year about how the Seychelles’ coral reef fisheries changed after bleaching (ref). 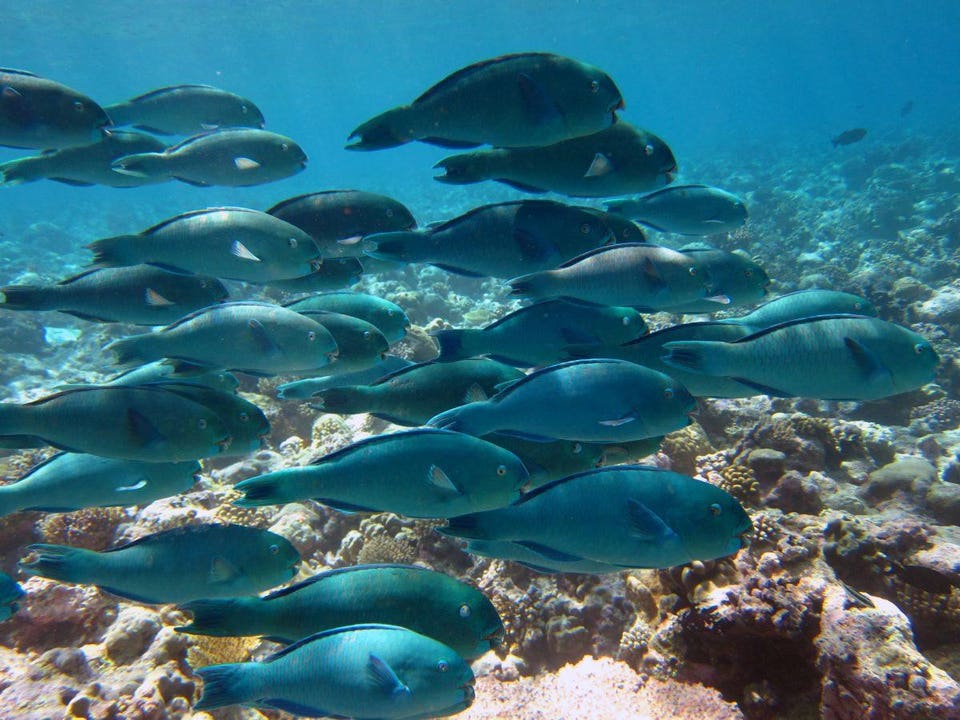 “Although the 18-year period between major mass bleaching events allowed corals to recover on some reefs, we found evidence that fish populations were not able to return to their pre-bleaching levels, and they were substantially altered on the reefs that become dominated by seaweeds,” Dr. Robinson said.

Thus, these observed changes in reef fish biodiversity are permanent.

“Given realized and projected frequencies of bleaching events, our results show that fish communities historically associated with coral reefs will not re‐establish, requiring substantial adaptation by managers and resource users,” the researchers wrote in their paper (ref).

“We actually published another study on the recovery rates of corals in Seychelles, and found similar results — the time between bleaching events is too short to allow corals to regrow to their pre-bleaching levels [ref],” Dr. Robinson added in email. 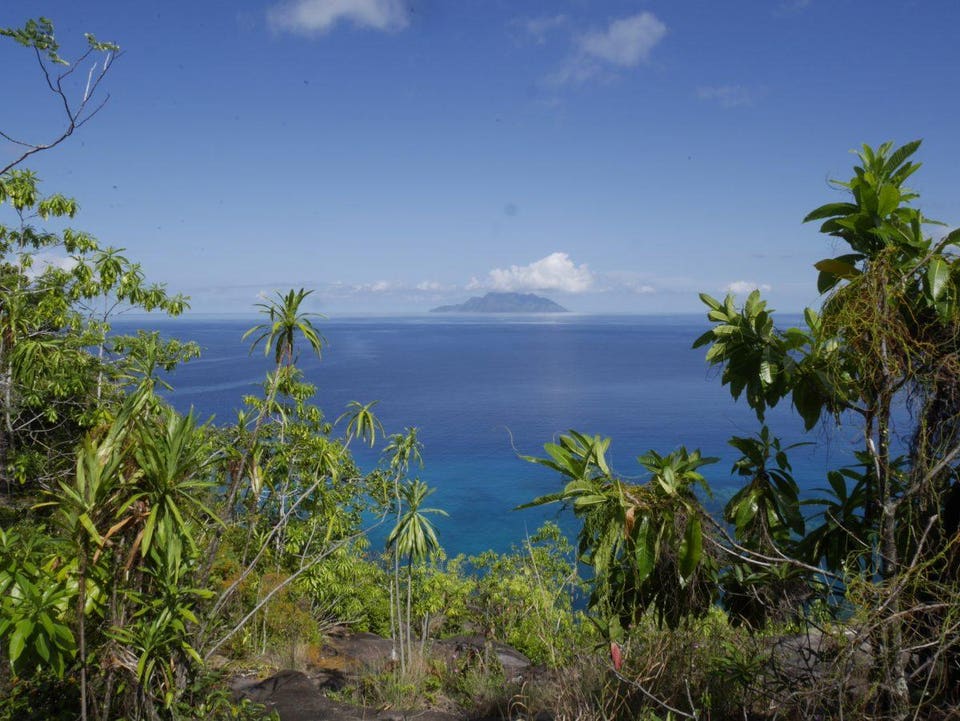 The researchers think that fundamentally altered reef fish communities will be the prevailing outcome in other coral reefs around the world, and this could become the ‘the new normal’ after a coral bleaching event.

“The new normal for coral reefs will be reef fish communities which have fewer species and are dominated by herbivores and invertebrate feeding fish. This will alter the way coral reefs function, and the fishery opportunities for coastal communities adjacent to coral reefs,” said study co-author, Nick Graham, a professor of marine ecology at Lancaster University who studies the patterns and processes by which degraded coral reefs recover, and how this may be influenced by management.

“Ocean warming is already causing irreversible changes to coral reefs — our study documents the impacts of a mass bleaching event which happened 20 years ago, and many more coral reefs have bleached since,” Dr Robinson said in email.

How did the local fisheries fare following the coral bleaching event?

“We found that the increase in herbivore biomass on the bleached reefs, especially on new seaweed reefs, translated to an increase in fish catches,” Dr. Robinson replied in email. 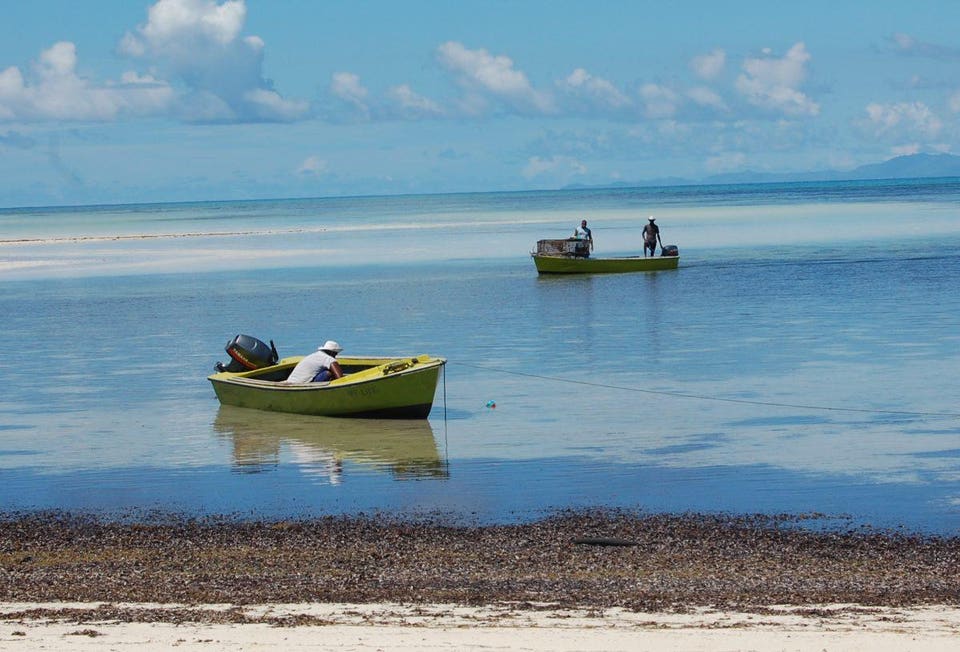 Can anything be done to help coral reefs?

“Bleaching events are due to ocean warming, and much of the heating we see today has been baked in for many years already,” Dr Robinson replied in email.

“There is little evidence that local management efforts can prevent bleaching. Only global emissions reductions can prevent the decline of coral reefs.”

Previous PostMarine ecosystem risk in the face of climate ...